By Teresa NarduzzoOctober 24, 2018 Narduzzo Too Update

Offering 4k HDR grading for delivery of Dolby Vision compliant material, our suite is one of only a handful in the country with the equipment and Dolby certification to grade at this higher-level resolution. The Nucoda Film master grading platform linked to ultra high-speed storage enables us to grade in a true 4k environment. 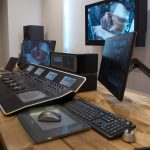 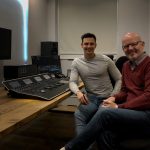 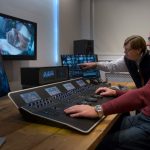 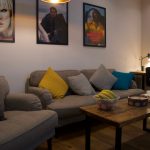 We couldn’t be happier that the first production to use our new 4k suite will be an original series for Netflix.

The series named ‘After Life’ is written and produced by Ricky Gervais, with production company ‘Derek Productions’ and DoP Martin Hawkins. Narduzzo Too will be delivering the grade for this series in Dolby Vision 4K HDR. Release date to follow.

Dobly Vision HDR uses dynamic metadata, carrying scene by scene information which instructs a Dobly Vision-capable display in terms of colour performance, brightness and contrast. This metadata is embedded within the video signal allowing content producers to have either one or two ‘layers’ of data; one carrying just HDR signal, the other a standard dynamic range (SDR). It is a flexible technology that is backward compatible and at the same time requires no additional or separate film content for producers or viewers going forward as the equipment itself will recongise and output the material using metadata relevant to its capabilities.

The commitment to the new world of HDR grading was a decision made for us by the clear knowledge that this is the way forward. In conjunction with Outpost facilities and Pinewood studios we can now offer a full end to end solution from stages to final delivery unique to us here at Pinewood.